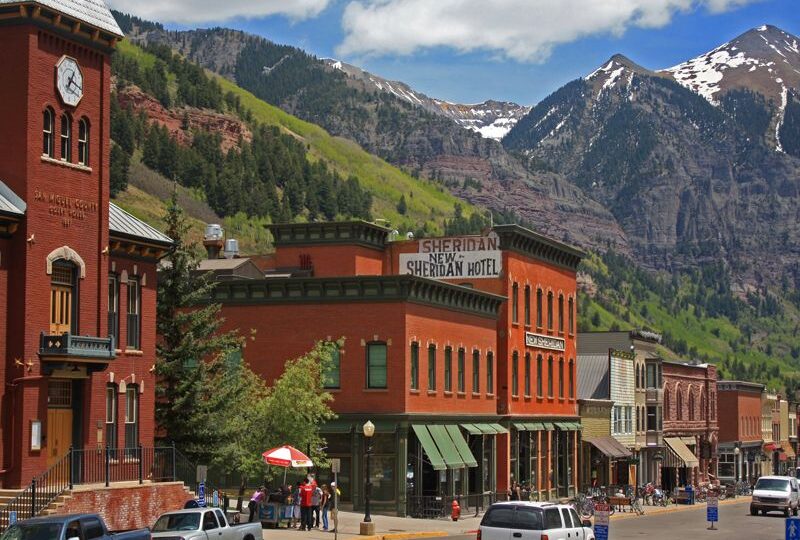 The best of everything for all ages

Okay, let’s get back on the road.  I want to tell you about our last trip to Durango.  Dad had finally purchased a 36’ Pontiac Chief Trailer.  We had looked at some really pretty trailers.  Spartans and Schultz and others that were really nice but not in our price range.  However, this trailer we got was fabulous.  It had a bathroom you didn’t have to mop out.  The toilet was actually beside the shower which had its own floor and drain.

Better than that was the fact that there was a full bed in front and in the back that you didn’t have to let down at all.  Above that daddy built me a single bunk over the boy’s bed in the front.  I was in tall cotton.  At 13, I now had my own bed.  It was only a couple feet from the ceiling and pretty hard to make every morning, and it could get pretty hot up there, but did I complain.  Nope, I had my own bed and only had to watch stepping on my brothers when I got down.  During this time we all got new store bought clothes.  Wow, fantastic.

Here I am in the 7th grade and all my friends were still there from when I was in the 5th grade.  My best friend, Donna and I got together right off.  She lived about a mile down from me in Animas Valley.  Now this trip was in winter and snow everywhere.  But Donna and I would play underneath and behind the water fall at her house.  The only birthday party I ever had was in Durango and shared with my two brothers.

We all had birthdays in January so it was combined and friends were asked to come to the skating rink for the party.  They had to pay for their own skating and I’m sure mom had a cake there, but I don’t remember one.  It was fun.  My friends D.C. and Richard came also.  Richard brought me some house shoes with an embroidered Dragon on them from China which is where his family was from, I believe.  I had never had any house shoes so it was a real treat.

We could make a 6’ tall snowman with no coats and all I had on was a blouse and skirt.  It was great weather and no humidity.

In Durango, someone came and did a story and picture on us and put it in the paper because our lives were so different. That was the second paper that had done a story on us. I think the other one was in Erie, Illinois or Moline, Kansas. Really can’t remember.

The park we lived in was at that time on the main road to Silverton and Ouray called the million dollar highway because it was built over millions of dollars of Uranium.  At that time it was just a dirt road, but now there is a new paved road that they moved just a little ways down from the old road.

The park where we lived backed up to a mountain.  Well, it looked like a mountain to us.

Mom would fix my older brother and me a sack lunch and we would climb up as far as we could in order to make sure we could get back before dark.  I remember, on one occasion, we found this cave and when we went in there was a fresh carcass of a deer where the belly had been eaten out and was still bleeding.  It didn’t take us long to realize a Mountain Lion was not too far away, and even though it was probably full, we didn’t want to antagonize it or take a chance it might be protecting its dinner.  How many kids are allowed to do things like that today.  Too Bad!  I wouldn’t take for some of the experiences we had as kids and that includes seeing all the things while traveling.

There was a beautiful stream up there where we got a drink.  It was cold and clear and refreshing with our sack lunch.  We found an old miners cabin that had fallen down and found some of the broken tools etc. that were left there.  It was a kid’s paradise with all the mystery that goes with it.  Again, our imagination would take off on who killed who and why did they leave and so on and so forth.  It was fun.  Kids today really don’t have imaginations, they have toys to occupy their time and mind.

I remember mom taking us to see Silverton and Ouray over that dirt million dollar highway.  We had to follow the snow plow.  When we got up there, people in the café asked if we’d just come in from Durango and mom said yes.  They were excited that the road was now open.  One man said we were the first one to get over it for that season.

Mom also told us about a lady that lived up on a mountain and had invited her and dad up for drinks or snacks or something.  She said the house was fabulous and one room was painted white and had signatures all over it in lipstick of celebrities that she knew.  The view over Durango was beautiful she said.

Dad was at work one day when this Navajo Indian came in with a paper bag.  He asked dad if he would buy some turquoise he had made.  Dad looked at all he had which was several pieces and ended up buying he whole sack full at a really cheap price.  I still have a lot of that jewelry that mom gave me years ago.  It’s really old.  At least 60 years, I believe.  I love it and wear it every chance I get.

A couple years ago my son moved to Durango and then over to Cortez and when I went to visit, I wanted to reminisce and find where the old duplex we had lived in was and also the trailer park where we had lived.  There was still a trailer in that park that was there over 50 years ago.  I recognized it because it was one of the really pretty ones way back when we lived there.  And it looked like it had people living in it.  The mountain, although it was there, (no it didn’t move) was not as tall as I had recalled.  I did find Donna’s waterfall and tried to find her.  Someone told me they thought she lived in Hesperus, a little town between Durango and Cortez.

My son now has an RV park about 6 miles from the Navajo Ruins toward Cortez on 160.  I go as often as I can.  It is beautiful there.  It’s Carrouth Haven RV Park and Storage.

More travels and experiences to go.  Getting bored, sorry,  try going to a different Blog it might help.  And let me know.