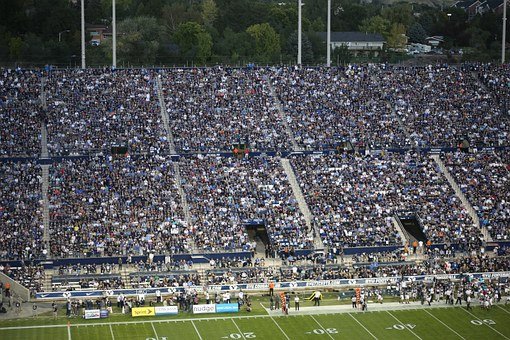 There were at least 3 groups of kids if you can call them that.  You have the Football group, mostly referred to as Lettermen, Ivy leaguers or VIP’s, you know the rich, the idealized, can do no wrong, Football players. In Odessa, you had three high schools when I was going to school, but you rarely referred to Odessa High as a football team and I never heard of Blackshear High School referred to as anything to do with anything. In fact, it was closed 50 years ago two or three years after I left. Permian High School is where mostly the rich kids went to school. Permian could afford the best coaches and best everything when it came to football. During Football season, you would see expensive motorhomes loaded with parents and their friends lined up at the football field ready to follow THEIR Permian Panthers Football team and MOJO band to the game where ever it was.  Odessa lived for their football.

You might remember the TV series “Friday Night Lights” which was on every week several years ago (2006-2011).  Well, you may not know that this series was written about the Odessa Permian Panthers (MOJO).  It highlighted just how crazy people in Odessa were about their football and to what expense, morally or immorally, they would go to in order to win. Money was never a problem.

Wikipedia states Permian High School is a public high school located in Odessa, TX and is one of three high schools in the Ector County Independent School District. It was the subject of the book “Friday Night Lights” which in turn inspired a movie and TV series of the same name.

Then there were the Dopers known as Thugs or Cats.  You know the ones with the cigarettes rolled up in their white t-shirt sleeve and hair combed back in a duck tail look.  They always had their hand on their back pocket so they could get to their combs quickly to make sure their hair was in place.  If you watched the movie Greece you get the idea.

If you wanted dope they seemed to know where to get it.  There were a few that went to jail because of dope and because of robbing stores for money to buy dope.  Some of them were main-liners with herion and one I knew would drink Thunderbird liquor to cover up the drunk actions he had from the dope. Thugs could be very intimidating.

Ahhh, and then their were the cowboys, the FFA and 4H groups known as Sheep Herders or Goat Ropers. Most of this group went to Odessa High. Odessa High was where the buses came to from all those that lived outside the city.  These were the FFA, 4-Hers and rodeo cowboy groups who lived in the country and were quite happy with their stage in life and really didn’t give a shit what you called them, just stay out of their face. You didn’t see this group, for the most part, smoking or raising hell. Now you might see a round packet in their back pocket that was full of snuff or chewing tobacco.

Probably out of those three groups, the cowboys were the most straight.  They might have a beer party, but I never saw any dope or anything getting out of hand. They thought they were pretty tough and I believe they were the toughest and morally cleanest of the groups.  They seemed to keep each other out of harms way unlike the dopers who would antagonize each other into fights.

Since I wasn’t rich, that left out belonging to the Ivy Leaguers and so I mostly hung out with the other two groups.

As like most kids that age you have hangouts or drive-ins where you would drive around and wave at the ones parked drinking their cokes.  The Ivy Leaguers or Lettermen hung out at Tommy’s, the Thugs and Cats hung mostly at Frost Top on south side of town and at Weldon’s and then the Cowboys were at Days Inn or the Dart.  All these were drive-ins that you circled in your cars over and over trying to look sheek and be noticed I guess.

The thugs hanging out at Weldon’s were a rough group. Switch Blades, brass knucks, etc.  I would go there with a girlfriend, park my Studebaker and before I knew it, bunches of them would pile in my car.  Mostly they sat in my car smoking dope.  I was too stupid to know that if they got caught I’d be caught too. I was so naive.

I never did any type dope or liquor either for that matter.  In fact, if someone offered me a hit on their marijuana (joint), someone else in the car would say to leave me along cause I was straight.  I remember one night that I really got some help from a couple in this group. I was sitting at Weldon’s and here came Johnny C. out of the lounge area carrying a quart beer bottle. He proceeded to throw the bottle at my car. It hit right in front of me on the drivers side sliding across the hood into the front windshield. Of course it busted the windshield. One thing about the old Studebakers; they had divided windshields so 1/2 of the windshield was ok, and these thugs knew my daddy and knew I could be in a world of hurt.

Bert S. and James A. was trying to comfort me and said they could fix it and get me home on time. So they piled in my car and we headed for a salvage yard at the edge of town. There across the fence was the windshield I needed. So, Bert proceeds to jump the fence and retrieve the windshield handing it over to James. Then we headed for a quiet stop off the beaten path and they put it in. I tell you from that day forward I had respect and knew they would help me and protect me with whatever I needed.

The next morning, daddy asked me about the scratch on my hood and, of course, I lied and said a truck had thrown a rock and hit it.

To continue, in circling the drive-in’s, you didn’t see the cowboys driving around the drive-ins, I think mostly they just got together and discussed who’s riding or roping what calf or horse and where the next rodeo was .  I really felt more at ease with this cowboy bunch but never dated most of them.  Actually, I didn’t date hardly at all.

My dad owned two bars at this particular time.  A Night Club called the Silver Saddle and a beer joint called the Twilight Club.  I worked on Saturday nights at the Saddle club checking Hats. You know the Hat Check Girl.  That was me.  I made a few tips and daddy didn’t have to hire someone.  At my age, your parents could take you in a bar, they just couldn’t let you drink.

There were several night clubs in Odessa. If you wanted to dance you could go to the Melody Club, the Tumbleweed, The Shadows, and later the Stardust. But none of these held a candle to the upscale Silver Saddle.

I got to see a lot of the cowboys on those Saturday nights. Although none of them were of age to be in the club without parents.  Daddy paid off the TBA (Texas Beverage Assn.) every week in order not to be closed down. Yes they were on the take and if you didn’t pay them they would find a way to close you down.

I didn’t see any of the other groups mostly because the Saddle Club had a live Western Band which was not their type music.  I really don’t know where that group went. Everyone checked their hats because it was ill mannered to wear your hat on the dance floor, in fact you would be asked to take a seat (I still think it is bad manners) and they definitely didn’t want to leave those expensive hats on the table where they might get knocked off, so they checked them.

This was a very upscale Night Club where we had lots and lots and celebrities.  Hank Thompson, Wanda Jackson, Waylon Jennings, Conway Twitty, Buck Owens, Willie Nelson, Skeeter Davis, Tammy Wynette and many others, if you remember some of the old famous singers in that era; they probably played at the Silver Saddle at some point.  Even our house band (the band who played every night), was Tommy Alsup for quite awhile.

If you saw the movie La Bamba where Tommy gave up his seat on the plane on a stormy night and it crashed killing all on board: The Big Bopper, Ritchie Valens, Buddy Holly to name a couple. Tommy lucked out when he lost that coin toss for the last seat on that plane. There is a good write up on the internet if you are interested, just put in “Ritchie Valens Plane Crash”.  Sad day!

Now on that note, til next time. Rodehardputupwet.com