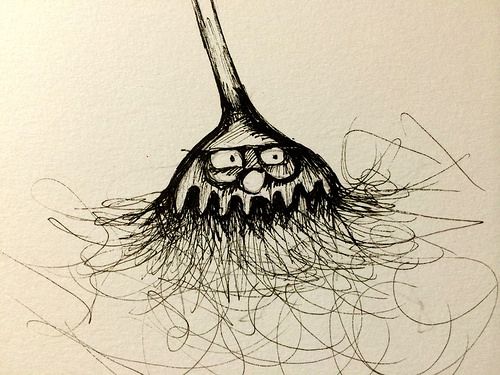 No not hay baling wire.

I need to ask for your indulgence on this blog.  It will not follow all the blogs before, but I feel the need to explain the last few months.  I’ll get back on track with the next blog in

Yep, HAYWIRE, which is the same as Crazy, Chaotic, Confused,  mixed up and several other adverbs.

Since before Thanksgiving I have experienced all of those,  plus more.  It began when  I was asked to start looking for a new place to live after two years.  My Landlord shared that mainly because it was needed for some of his new relatives.  He didn’t give me a deadline and was very nice about it, but as you are probably aware, once you are asked to start looking for another place, you feel the need to get packing. It was a great place to live while I was there and I absolutely loved it and I could afford it.  Affordability was very questionable with a new place.

So here it is the holidays staring me in the face and I start gathering boxes.  Liquor stores always have great boxes.  But you never seem to have enough and have to make several more runs for boxes.  I’m telling you, I did not realize all the crap I had and, oh yes, I moved it too, so I still have it.

Mid-December added to all the frustration I was feeling.  I received a call from one of my ex-husbands daughter-in-laws.  She shared that my ex had passed away.  That was something I was not prepared for.  Although we were divorced for the past 3 years, we still talked 2-3 times a week and when he was down here for a doctor follow-up we would meet for lunch and catch up.  In fact I had just spoken with him a few days earlier.  We often spoke about death and what we were thinking.  I always thought I would pass first since I was older and had COPD and emphysema plus other problems that come with age.  He was much too young and it broke my heart.  You can’t live with someone for 36 years and not have some kind of feelings and memories that go through your mind.

At any rate, he was aware that I was having to move to Colorado and was wishing me the best.  Lot’s of people loved him and I received so many condolences and was so grateful to his daughter-in-law for letting me know.

I have so many really good friends to help.  I spent that Thanksgiving with the adult kids of one of my very best friends who had passed.  They own a motorcycle shop off Airport Freeway and I feel like they are part of my family because they have been so good to me.

Well, I didn’t really have a place to go except that my son Shaun said I should move closer to him which seemed to be the best alternative.  So, after several weeks of packing;  I put a deposit down on the biggest UHaul truck they have. Just prior to that, I did make a trip to Colorado with my car packed and was going to spend Thanksgiving with my son, but the weather was fixing to turn bad, so I drove back to Texas on the 7th of December left with the UHaul, a truck, trailer and everything else I owned.

Backing up, I really needed help.  My friend John kept me in boxes and soon it was time to go get the UHaul.  My only relative was too busy to even return my call, so here came my friends.  Not as young as I used to be trying to load boxes and bless my friends as they had that UHaul loaded within a few hours and it was overly full, I mean crammed to the top.

At the same time, my son had left Colorado that morning pulling a 16’ utility trailer headed for my house in Texas.  That’s a 15 hour drive and then to load the trailer with my car and more boxes and stuff, he only had a couple hours sleep before taking over the big UHaul and driving it back to Colorado.  I drove the pickup and hauled the utility trailer with my car on it.  My friend John drove his truck and trailer and we all headed for Colorado.  John’s truck broke down between Albuquerque and Grants, New Mexico so we waited 6 hours for someone out of Albuquerque to come and get the truck and trailer and take them back to Albuquerque. With that done we headed in my pickup to Colorado.  After a few days, I took John back to Albuquerque to pick up his truck and trailer.  Long trip but we made it and Shaun and John had the UHaul and my trailer unloaded the next day after we got there.

I made the trip back to Texas since I had several doctor appointments and some minor surgery that had been scheduled.  There again, thanks to John for taking care of me before and after surgery.  I stayed a couple nights with my friend June which was great and Ann who is always there for me, put me up for the night.

I had seen an ad on Facebook about an RV for sale.  And it was one like I liked.  So, I looked at it and bought it. This way I didn’t have to live with my son and had my own place.  Now all I had to do is find someone to move it to Colorado. My friend Tony, knew of a man who drove a truck for a living and owned his own RV so he would have a truck that would move mine if he had time.  Sure enough he agreed to move it for me in a few days.  In the meantime it had to be moved out of the storage where it was stored.  Tony brought his truck and picked up my RV and took it to Holiday Park outside Benbrook, Texas where I stayed a few days until the mover could come and get it to take it to Colorado.  These were the days I spent with June and Ann. Again backing up, I had Christmas day dinner with my motorcycle friends and about 12 of their friends.

So yet another drive to Colorado, but this time I stayed with my brother overnight and he took really good care of me cause I was in bad shape when I got to his house in Belen just south of Albuquerque.  I think this old body had just had it. Nevertheless the next day I was able to drive on to Colorado.

Ok the trailer is set up and my son did some pretty extensive repairs to the shower and toilet, but all is fine.  It is very comfortable.

Now, also during this time, as you are all aware , if you have read my blogs, I’m getting ready to publish my books.  OH NO!  That’s what I thought and that is what I was told after all this time and money, it appears that I have been scammed.  There are no phones answered or even ringing at the old publisher.  So now I’m on a mission to find a new publisher.  The holidays are all over and I should be able to concentrate on other things.

Maybe Haywired is as close as I can come to all my mind was going through these past few months and after just turning 77.    But it will get better; I have faith.

I will apologize to those of you who are not on Facebook because that is the only place they have been seen for the last couple of blogs.  You will be able to pick up the last couple blogs that I didn’t forward to you. This will be coming to you.  If you FB followers have friends that you can send this site to that would be great.  I will be sending them separately now also.

Some of my text friends can find any blogs missed under   rodehardputupwet.com. Watch the spelling.  That site goes all the way back to the very first blog with the barrel racer pictured.  So there are 12 of them so far.

I don’t count this one as 13.  Thanks for letting me vent and we’ll be back up and running with the mid-February blog.