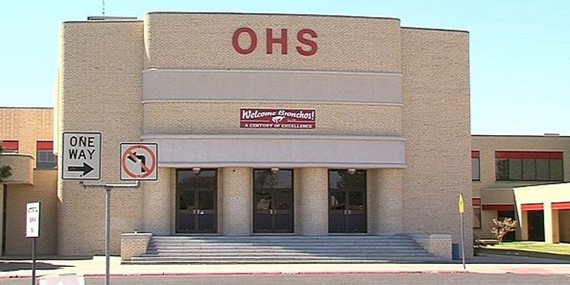 I soon became friends with lots of students in High School.  It was almost like a game.  How many friends could I make?   Wow!  I wasn’t on the road any more, but still had that “hurry up and make friends” attitude cause it may not last. It was hard to break those old traveling thoughts.

At 15,  I still was not allowed to run around with friends or date or wear lipstick.  I got a job at Franklin’s which was a clothing store on main street.  It paid $.52 an hour, but I mostly liked it because I could buy clothes and shoes cheaper with my discount.

Oh yes, I first bought and paid for a really pretty white 3” heels. Crazy, because I was already tall enough, but they were so far removed from the NURSE shoes I didn’t care and then of course, I had to have some can-cans for under my skirts.

Dad had rented a trailer space beside us to a man who bought and sold horses for a living. He really had some pretty ones.  Of course, all of them were pretty to me, but I new better than to ever think I could have one.  Mr. McGraw did have me get on a couple just to see how they would react before he took them out to sell. So much fun I could only dream of having my own someday.

Low and behold, one day Mr. McGraw brought in a really pretty black Morgan horse.  I fell immediately in love.  Daddy bought him for me.  Do you have any idea how I felt at the moment when I knew I had a horse. I was so excited I almost peed my pants.

I made lots of friends there and joined the Sandhills Saddle Club.  I paid for the dues and my jacket with the name embroidered on it.  I was running barrels and poles and loving my Black Beauty.  I thought I was doing really well, I was so proud of my riding ability. But mom and dad never came to watch me ride.  Not once.  I met a girl who would take me to the surrounding towns to enter rodeos. She didn’t ride, but loved rodeos. I never won, but really enjoyed my new found life.

Beauty was real spunky but I had no problem staying on.  When I went to the arena to practice running barrels, I would back Beauty in the shoot and he would crow hop (that’s when the horse would bounce from side to side on his front feet) so anxious to get going. Ivy told me to break Beauty of that I needed to fill a soda pop bottle with water and next time he reared or wouldn’t stand still to bust it over his head. Well, I wasn’t going to do that, but I did fill a balloon with water and busted it over his head. It seems to help. He paid a lot more attention as to what I was doing or going to do.

Anyway, back to the story. I was SICK losing Beauty.   The new gelding was pretty and bigger than Beauty, but just didn’t have the get-up-and go.  It wasn’t my Beauty.   I did enter the Midland Rodeo, but in order to get there I had to ride this horse 25-30 miles.  I did that by leaving really early in the morning.  I got there and ran the barrels.  I didn’t win but later decided the reason was because Spice was so tired after trekking that far, he just didn’t have it in him. Now, I was looking at that trek back home. Not looking forward that long ride and it would be well after dark when I got there.

You can say anything you want about rodeo or horse people, but they are the best.  I was just getting ready to start home all those miles, when a man named Aglehart or something like that, came up to me and asked if  I’d like for him to take me and my horse home.  I kind of knew him because he had a big place south of town.  OMG, you bet your life you can take us. I think Spice could even understand what was happening.  He jumped right in that trailer.  Spice was a pretty sorrel gelding; he  just didn’t fit well for me or he just wasn’t Beauty.

I was so disappointed and still missed my Beauty.  But, Mr. McGraw told me Beauty was purchased by a Ranch Foreman for his personal horse and Beauty would be well taken care of so I shouldn’t worry.

Then Mr. McGraw brought in a Roan gelding.  Now that horse tried to kill me.  I swear; he was dangerous.  I rode him to the coliseum one evening to enter the grand entry to the professional rodeo held every January. That’s where you open the rodeo with everyone going in and around flags on their horses.  I had named the horse Cherokee.  Well, Cherokee started really acting up.  It so happened a cowboy by the name of Benny Reynolds saw what was happening and asked he could have a try at him.

BUT THEN!!  I started home about 3 miles away.  Cherokee knew we were headed home and he took off. Running across streets where luckily no cars were coming.  Now this horse was big, the biggest one I had had and had a hard mouth, meaning the bit didn’t get him to stop or even slow down, he didn’t even feel it.  At any rate, I reached down right at the mouth and grabbed the bit and yanked it sideways hard as I could.  It slowed him just enough for me to jump off and land on my ass with one rein still in my hand.  Cherokee was even shocked but I still had hold of his rein. I was so mad and scared, but I got home.  Actually, we walked.  No, I was not getting back on him with my bruised butt.

Next day, I was going to teach him a lesson about being barn spoiled (in other words wanting to stay in his stall).   Cherokee  and I was going round and round til he got the best of me and went through the stall gate catching both my knees on the posts and leaving me on the ground behind the gate. Now just picture that, seriously!  Can you see me, YEP, right on my sore ass again.  Well, I can tell you that was the last of that horse.

You know, when you’re down on your luck it just seems to multiply.  Well, daddy bought me a little 2 year old stallion I called Flame because he was so shiny red.  Well, daddy didn’t trust having me on a stud (stallion) so he and Ivy decided to cut (castrate) him, making him a gelding.  Poor boy just couldn’t get over it.  He had no gumption at all; he might as well have been put on a pony ride for kids.

Anyway, rodeo and horses have played an important and fun part in my life and later on my son and I would travel on the PRCA circuit and we’ll talk more rodeo then.