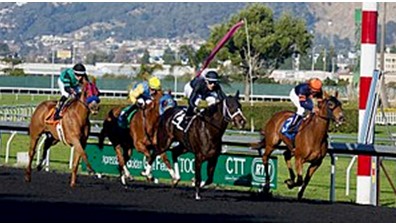 Here I go again.  But I did not have a direction to go.  I just worked every day and didn’t do much of anything else.

Then mom called and they were moving back to Odessa and dad would go would go back to work for KOYL radio.  That was a good thing because a day or two after their arrival, I was hit with a Kidney Stone.  NOW, if you have never had a stone, you have no idea the pain.

I had had a stone in Ruidoso, New Mexico when we all went to the horse races.  Dad had a friend that was riding that weekend.  Dad rented a trailer with a bunk and guess who got the top one?

I had been hurting all the way to Ruidoso, but didn’t say anything.  When we got there, fairly late, I got on the bunk and was really hurting and still not saying anything because as you remember, dad didn’t believe in going to doctors for anything.  Not long after we were all bedded down, I really really got to hurting and could not suppress the pain I was having and was moaning and rolling side to side.

Dad heard me and told me if I was going to whine to get outside.  So, I crawled off the bunk and went outside where I fell to the ground and started rolling and crying.  I finally knocked on the back door of the trailer and explained to dad that I was going to crawl to the hospital.

His statement was that I had probably busted my appendix, so he said get in the car and proceeded to take me to the emergency room where they put me on a table and was making me straighten out my legs, which only made it hurt worse.  Finally, they took x-rays and found the stone.

Okay,  here comes the DARVON.  I love that stuff.  No more pain or at least I didn’t care.  I ended up staying the whole weekend in the hospital and then we made the trip back to Albuquerque.  They would only give me 5 of those little buggers for the pain, but that was good.  The pain had subsided.

Funny, but when we got back home,  I was never taken to a doctor for follow-up and never took anymore of the pain medicine, so dad concluded I had either passed the stone or it went back up into the kidney.

But, now back to the currant situation, where I knew what was hurting, it is an unmistakable pain.  So off to the ER where I was put in a room.  They didn’t want to operate on my back because I was so young, so they called in a doctor from Denver  known as “The Big Fisherman”.  This doctor specialized (fishes for stones) in removing kidney stones.

Answer this for me, are all good doctors from Denver?   You might recall the bad wreck we had back in Colorado when they called in a doctor from Denver to fix my jaw.

Well, anyway, this doctor explained to us that he would be inserting two tubes in through the bladder and up through the urethra while twisting them together.  Those tubes will be there for at least a week at which time he would pull them out while twisting them and hopefully the stone would have settled in one of the grooves where the tubes were twisted.

Well, gang, it didn’t work and the nurses who had to hold me down during this procedure were really feeling sorry for me. Why I couldn’t have a pain pill or shot or something was beyond me.  This grown girl was crying, pleading and trying to fight, but to no avail.  Nope, no stone, all that for nothing and again, that illusive stone decided to go back into the kidney and ignore the tubes altogether.

So back home, I’m restless and no job now.  My girlfriend and I decided t make a trip to Norman, Oklahoma to see her mom.  We threw a few things in the car and headed out.  We got as far as Pauls Valley, I believe, and was on empty.  We pulled into this gas station and asked the guy if he would give us $2.00 in gas for her little radio.  AND he did. YEA!

We made it to Norman and after a couple days, I decided to go see my Uncle Tom in Lindsey, Oklahoma.  I don’t recall how I got the gas cause I had no money.  Maybe Sherry’s mom gave me some or maybe Uncle Tom brought me some.  Just don’t remember.  None the less, I went.  My aunt Arlene had two girls now and I could keep them while they both worked.

During this time, I ran into a man, Fred Carrouth, who I had met through dad when they both worked at the radio station in Odessa.  But this time dad and mom came and picked me up to go to the Treanon Ballroom to see Hank Thompson in Oklahoma City and Fred, who was divorced now, was going also.   Somehow we started seeing each other and then we decided to get married.  This man was also a musician, but was presently selling insurance with the same company as dad.

To fill you in, not long after my leaving for Oklahoma, dad was approached by a friend named Johnny Dollar, who was also a musician, but was now selling insurance and supposedly making boo-coos of money along with Fred Carrouth who I was now engaged to marry.  So dad and mom moved to Oklahoma for dad to start selling insurance.

Fred and I got married in my grandparents home in Ardmore, Oklahoma on December 9th,  1962.  Finally, the money started rolling in for dad, Fred and Johnny and all was going well.

Except for the fact that approximately 2 months after we got married; I had to have an operation to remove my right ovary, so I was told.  Well, I had that done and was told when I went to have the follow-up that the doctor who did the surgery was not a doctor at all and had complications during surgery and had to call in another doctor to finish my surgery.  Well that doctor was now my doctor and I guess the other one went to jail.

Seems like I need to change gears in my life because all I do is see Doctors.  At any rate, here I am a married girl who knows absolutely nothing about being a wife or partner or sex or anything.  Poor Fred had no idea of how unknowing I was.

After a while, I really wanted a baby.  We tried everything but nothing happened.  With only one ovary it could be difficult.  So being board with my staying at home, I decided to go into modeling.  There was a college called Patricia Stevens Modeling College in Oklahoma City, so I enrolled.  I still wanted to have a baby so I started looking into adopting. THEN one day at class my instructor came in and announced that she was pregnant.  Of course, we all wanted to know when she was due.

So another trip to the doctor and he states that I’m about 3 months along.  I’m  so excited.  I had never had regular periods so I had no idea I could be pregnant until my supervisor described the sore boobs.  I started looking back and I know exactly almost to the minute I got pregnant.

The Insurance Company where dad and Fred and all the rest was having a 2-3 day seminar at Lake Texoma in Oklahoma.  When we arrived in our room, we got unpacked and then had sex.  Shortly thereafter, Fred decided to gather with the guys, maybe play or jam a little.  BUT, right after he left, I got really sick.  It was all of sudden. Up til then I was fine and looking forward to seeing the resort.  I called the front desk and Fred came and decided to call in a doctor who explained that it was probably just a passing thing, that maybe I had eaten something that didn’t agree with me but I would be fine.  YUP!  That is when I got pregnant.

So onward and upward, I’m so excited.  And everyone said I just glowed.  I was never sick a day and I enjoyed every day of being pregnant except the day the doctor told me I would never have this baby so get used to the idea.  NOPE! Aint gonna listen at all.  I WAS going to have this baby period.

Til next time, I’ll fill you in on some gruesome statement from my doctor.