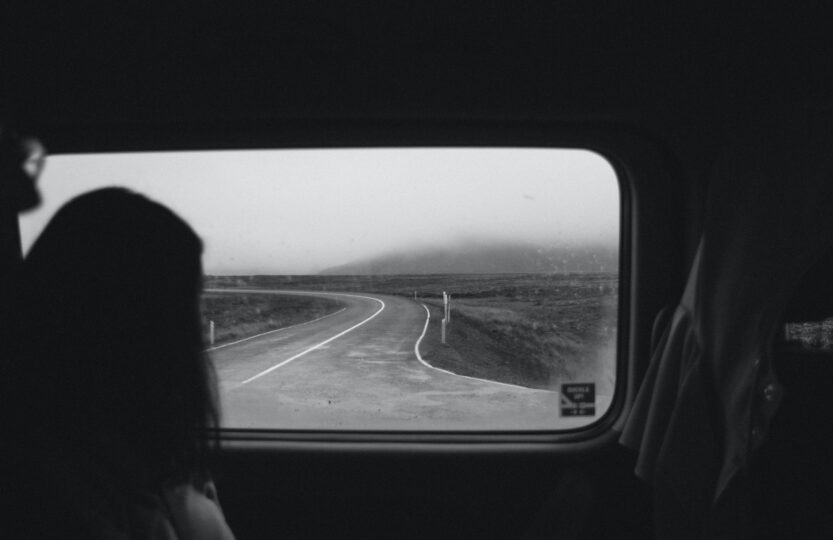 Okay on the last blog, I left off where I was suppose to call my mother as soon as I got to Odessa to let her know I got there alright.  I was concerned what daddy had put her through when he found I had ran away from home.  That sounds strange stating an 18 year old ran away from home, but that is what it felt like.  I was escaping from a situation that I just couldn’t handle anymore.

Let me say this at this time.  I never saw my dad hit my mom at any time through the years though the pain was real; it was not physical even though the mental was almost as unbearable as what he  put you through verbally.

Like I said last blog, I kept calling and calling and no answer.  I did not know where mom and the boys were and I was getting more and more worried.  Then about 11 o’clock, daddy answered.  Oh MY GOSH, my heart hit the floor,  I was scared even though we were over 400 miles apart.  All I could think of to say was, “daddy, is momma there?”  Then he answered, “No, she is coming after you”.

I don’t know where my head went then, but at least I knew she was okay and so were the boys.  I answered him stating “Daddy, I’m not coming home.”  I don’t know where I got the strength to talk back to him, I think only a high power knows.  He proceeded to tell me how worthless I was and I would never make it and I would have to WHORE to make a living.  I knew he was drunk so I just hung up and waited on mom.

It wasn’t very long at all when mom drove up to Lynda’s house and I was so relieved to see her and the boys.  I told her about my conversation with daddy and that I would not be going back to Albuquerque.  She stated she knew that, but wanted to come and see where I was and that I was okay.

Mom headed back to Albuquerque the next morning after they spent the night with some old friends.

So here I am, NOW WHAT?  Well, I had to get a job.  Lynda’s mom couldn’t support me and Lynda.  Lynda’s dad had passed several years earlier.  They absolutely lived in a shack, but I was welcome to anything they had.

I got a job phone soliciting selling magazines.  You know those people who call you relentlessly trying to sell you something over the phone.  But it was good money, plus commission.  I did pretty well actually.

So here I am going on 2 months.  Lynda and I were dating some and never turned down a date that included a meal whether or not we like the guy.  The first few weeks I was there, Lynda and I bought a box or 2 of Kraft mac and cheese, a loaf of bread and some mayonnaise.  Now, when we had left over mac and cheese we made sandwiches out of it.  Hey, it was cheap.  We got 2 or 3 boxes of mac and cheese for 25 cents and the bread was 10 or 15 cents.  I don’t remember what the mayonnaise cost, but we didn’t starve.

I was finally getting some money built up and going on 2 months on my own.  You will never, in your wildest dreams, know what happened next.

Daddy called.  Oh yea, my heart was beating so fast after Lynda said it was daddy, that I could hardly answer.  What now?  Was mom or one of the boys hurt?  I was shaking when I took the phone from Lynda.

Daddy, said, “Sandi, I need you to come home”.  WHAT, a calm almost pleading voice was coming from my dad.  He said., “Sandi, if you don’t come home, your momma is going to leave me and take the boys”.  Where I got the nerve I don’t know, but I told him that momma should have left him years ago and I was not coming to Albuquerque.  Again, he asked me to please come home for mom’s sake if not for him.  He  promised that I could date and he would not put all the restraints on me and I could do what I wanted and he would not stop me if I wanted to leave again.

So I relented and told him I would come, but I would leave if things weren’t different. And, if he wanted me to come home he would pay for the gas and some money to get there.  He called some old friends and they brought some money for me to use.  Sure I had money, but I was saving all that incase I needed to leave again.

Here I am back in Albuquerque.  Yes I was still nervous about being there and if things would be different.  I got a job taking care of a little girl during the day while her parents worked.  Boring is not the word.  I had no direction,  nothing to look forward to.  I was losing it.

Yes, things at home were different and daddy didn’t say anything to me in a correcting or disapproving  manner, but I still could not feel comfortable doing what I wanted knowing that daddy didn’t or wouldn’t  or might not approve.  That is something you just don’t shake off.

It’s not like your getting a spanking anymore, but the result was somewhat the same. To this day, if a man pulls his belt out of his pants very fast, it has a unique sound and you know or believe you are fixing to get it. I never have gotten over that sound. There are certain sounds and even looks that go with certain things  that you don’t forget and can’t forget  them.

At any rate, I could never feel ‘at home’ there and I wasn’t going back to school. So, I told daddy, I was going back to Odessa.  He didn’t stop me, but he didn’t give me any money either so it was a good thing I had some stuck back.

Back in Odessa.  Now no matter what, I was on my own.  I never thought about what it costs for things like oil change, insurance, rent or utilities.  Those things never crossed my mind until I had to think about them.  Sure you have to eat, do your laundry and a gazillion things you’ve never had to think about before.  Growing up is hard.

I did different jobs, the picture above is of the Scott Theatre which was a fun job.  It didn’t pay much, but I got to see all the new films.  I did whatever I could to make a dime.  Well, except being a whore as my father suggested I would have to become.

BUT, THEN, (yep another “then”)  you wake up to red splotches all over.  Seems as though it is blood poisoning from the decaying tooth.   Actually, I had chipped these two front teeth back years ago when I was about 12 and my brother and I were playing matador and bull.  I was the bull and with my head down, I did not see the clothes line pole.  So, at that time there was a cap put on.

The cap should have been redone years before as I was growing, but NOT.   So, what can you do?  It has to be fixed.  It was actually explained to me that I could die.  WHAT?  I’m too young to die and I don’t have any money either, so—– PICK ONE!

I did get this done.  Don’t remember now, how I paid for it, but guess I did.  There were two teeth that  had to be pulled.  Now I have a sort of  temporary plate with nothing holding it in place.  It was a temporary, but I couldn’t afford the final plate with the clips to hold it in, so with lots of powder called FastTeeth; I was on my way.  Being front teeth, you want the plate to look good.  Right?  well I did the best  I could under the circumstances. So, it’s onward and upward to the next blog.

Hanging in there, so keep up.  Rodehardputupwet.com