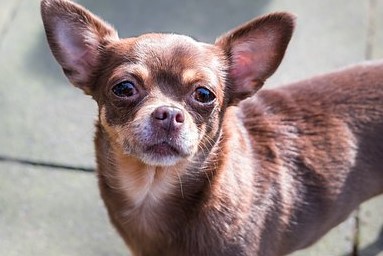 I mentioned Douglasville, Georgia a blog or so back.  My parents became really good friends with a man named Kirby, wife Ethel and their two kids, Ralphy and Sara.  Sara taught me a lot of bad things.  I think she was 2 or 3 years older than me.  First she showed me how to shave my legs.

I’m telling you, you’d have thought a murder had happened.  I cut myself a lot.  In those days you had a razor with a blade that was sharp on both sides.  Learned my lesson and didn’t do that again.  She took me to the five and dime and showed me how to steal lipstick.  It was Tangee and looked a lot like the gloss you see today.  We didn’t get caught but I knew it was wrong and I never did it again.  I knew I couldn’t keep it because daddy would want to know where I got it and you couldn’t lie to daddy, plus the fact that he would not have ever let me wear it even if she had bought it for me.

Daddy came in from work really upset stating that Kirby had been out fishing and had borrowed my dad’s boat motor.  It appeared to the officials that the motor had gotten caught on some weeds or underwater vines and had flipped the boat which sunk and Kirby could not swim and drowned.  Daddy kept blaming himself because he wasn’t with him and he should have never let Kirby borrow the motor.

Something was always happening it seems.  At the back of one park there were some old cars and trucks that had been dumped and my older brother and I played there a lot.  Wow it was like our own private park to play.  Remember trailer parks were always on the bad side of town.  One day I was on top of a cab of a truck and I slipped and fell breaking my elbow.  So I walked back to the trailer with my arm swinging both directions.  Mom, bless her heart she took me to the doctor where he set it in a cast at a 90 degree angle from wrist to shoulder.  It was to be on at least 6 weeks.  Daddy was not happy and he let me know it.

After 4 weeks, daddy cut off the cast and told me to start straightening it.  Right!  Well it couldn’t be done right then.  The next day my brother would take hold of my hand several times and we would pull against each other until I couldn’t stand it any longer.  It took a couple days but it was now usuable.  It looks a little strange because it goes past being straight kind of like one of those double jointed people.  Never mind, it was working.  I was hoping dad was happy with me.

At times it seemed like we were always on the road.  We were in Crockett, Texas around 1954 and daddy really surprised us.  When he came home he brought in a little Chihuahua.  Wow, we loved having that dog and he was a great traveler.  I can’t remember during all our travels anything that we loved more.

We named him Tinkerbell and he was with us during all of our travels after that.  We lost him once in Caney, Kansas at one of my aunt and uncles house.  And we looked all over for him and then finally dad said we had to go.  Oh my God, felt like our world came to an end. We were devastated.  But low and behold a day or two later we were notified that uncle had found him and would keep him for us until we could come and get him.  It was like your best friend died. I guess I’m one of the biggest animal lovers ever.  We’ll talk more about my horses, goats, donkey, dogs and cats in the blogs to come.  Surprise!

Here we are on the road again.  Well, of course, what did you expect. This time we came upon two cars blocking the highway and it was dark with headlights shinning at each other.  We saw two men arguing and one had a knife jabbing it at the other man.  Daddy stopped, got out of the car and walked up to the men.  I don’t know what he said, but after a little bit, they both got in their cars and left.  It was really scary to us and mom.  What if they killed dad and then us.  But dad was not scared of anything that I knew of no matter what it was.

In Guntersville, Alabama the kids had to help get the cotton in out of the field and school let out for cotton picking for three weeks, so we only were in school for a week.  I did manage to find one cute boy named Tommy.  Well, remember, I had to act fast because we moved so much.

My brother and I did try our hand at cotton picking.  Now this is not pulling the bowl and all, it is picking the cotton out of the bowl and the sharp ends of those bolls would get right under your fingernails and quick.  Mom had taken two pillow covers and made a strap to put over our shoulders and so we were set.  They picked up a bunch of the crew and us at the trailer park where we lived about 5 a.m. in a big truck and took us to the fields.  We were paid a penny a pound.  That was really hard work and I made a whole $3.75 by the time they took us home later that evening.  My brother and I decided  we weren’t ready to do that anymore.  Those pickers were tough.

It is interesting to note that we never felt like we were doing without and we were always grateful for what we were given.  We did have bikes now and a cardboard box about 18x18x8 or 10 inches deep.  That box held all of our toys and when we parked the trailer the box was put outside under the trailer.  Most of the time, we were outside anyway, no matter what the weather.  I mean, what were we going to do inside but get in trouble for being in the way.

Okay, next ride.  Guntersville, Alabama to New Ulm, Minnesota, that meant 2-3 days in the car and trying to sleep with three in the back seat.  Of course, now we had a 1950 Cadillac and the back seat was fairly large.  We might stop beside the road for a couple hours so dad could get some rest and then keep on going. We NEVER stayed in a motel.

Gotta run friends, talk later.  Don’t want to be pushy but watch for my ebook.